Map of the Temple Grounds
＞ Barrier-free Route＞ Stone Monuments＞Commemorative Trees, and the Others 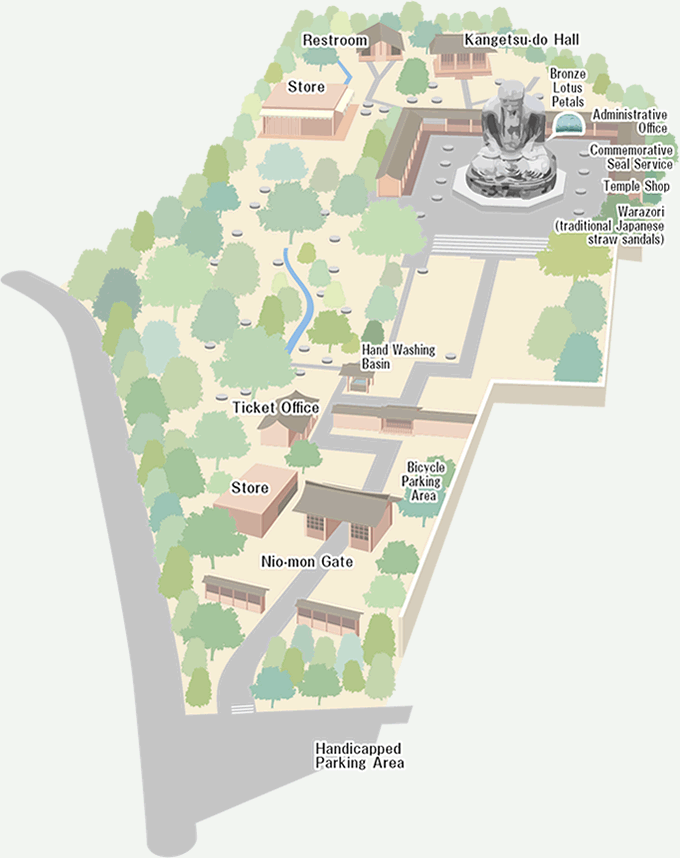 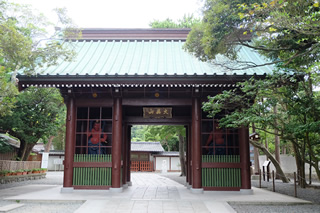 The temple gate holds a plaque inscribed with Kotoku-in’s official name “Daii-san.” The gate was moved together with a pair of Nio (Vajrapani) images, enshrined inside the gate, from another location and rebuilt in the beginning of the 18th century. 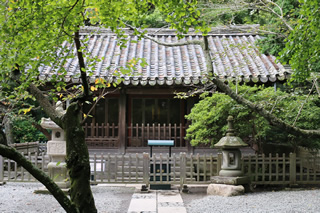 The Kangetsu-do Hall is believed to have been part of the imperial palace in mid-15th century Hanyang (present-day Seoul), Korea. In 1924, the former owner of the building, Kisei Sugino (1870–1939, president of Yamaichi Goshi Kaisha [later known as Yamaichi Securities Co., Ltd.]), moved it from the Sugino mansion in Meguro, Tokyo, to Kotoku-in, donating it to the temple. The Hall houses a standing image of Avalokiteshvara Bodhisattva (Kannon Bosatsu), believed to date from the late Edo period.
Hand Washing Basin 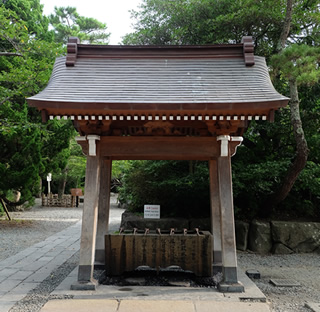 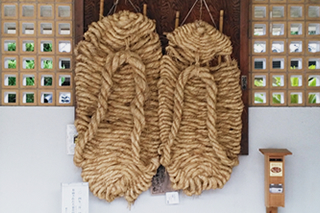 On the inside wall of corridor to the right facing the Great Buddha rest a pair of huge warazori (length: 1.8 meters; width: 0.9 meters; weight: 45 kilograms), a gift from the Matsuzaka Children’s Club of Hitachi-Ota City (Ibaraki Prefecture). The warazori were first woven and donated by the children in 1951, at a time when Japan was still recovering from the ravages of World War II, with the wish that “the Great Buddha would don them to walk around Japan, bringing happiness to the people.” The Matsuzaka Children’s Club keeps this tradition alive to this day: since 1956, they have continued to make these giant warazori and present them to Kotoku-in once every three years.
Commemorative Seal Service &
Administrative Office 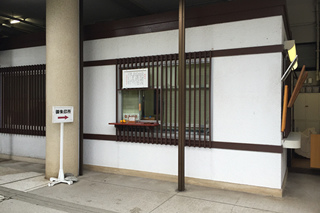 Visitors are welcome to stop in here to obtain the temple’s commemorative red seal (goshuin). Application forms are available at the office.
Temple Shop 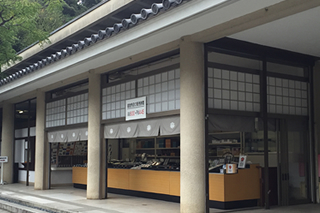 This shop sells an array of good-luck charms and other souvenirs.
Ticket Office 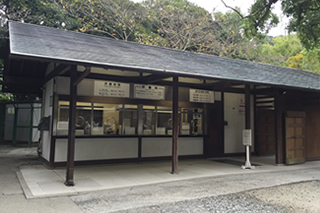 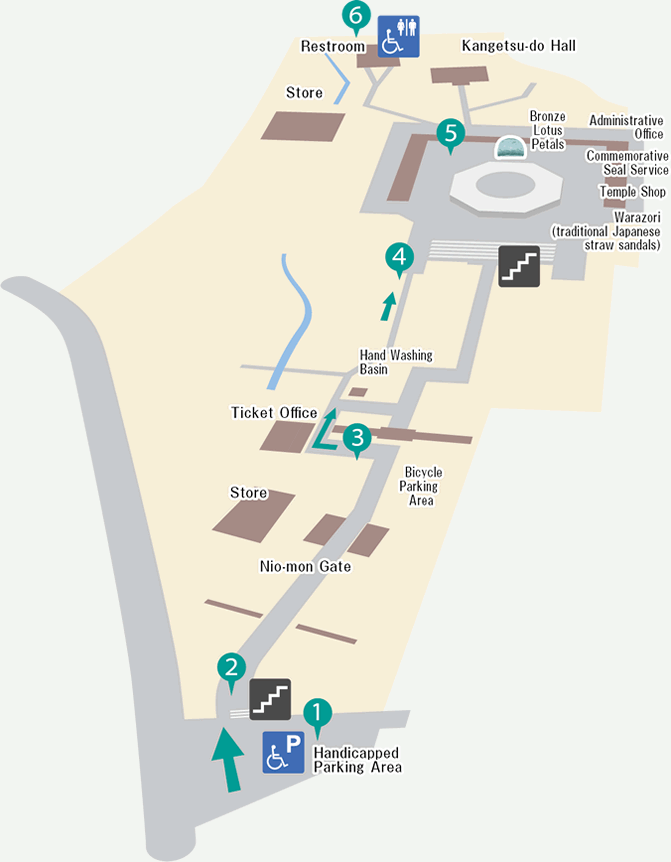 1. Handicapped Parking Area (This is not a public parking area)

2. Main Entrance
There is a ramp installed here.

3. Ticket Office Entrance Cross the stone-paved path to the ticket office. Visitors who present their identification booklet for the disabled may enter for free.

5. Gallery
Use the ramp to avoid the bumpy areas. 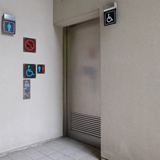 6. Handicapped Restroom
Follow the stone-paved path to the restroom.